One of the significant Supreme Court cases affecting local governments this term has been resolved through settlement. The case is Mount Holly v. Mt. Holly Gardens Citizens in Action. It asked whether a plaintiff bringing a claim under the Fair Housing Act must show intentional discrimination, or whether a "disparate impact" is sufficient. This marks the second time that the Supreme Court has granted certiorari on the question but then not been able to resolve it. Magner v. Gallagher was also settled last year....

Today, the Supreme Court heard argument in Town of Greece v. Galloway, No. 12-696, which asks whether the Town's legislative-prayer practice violates the Establishment Clause. We previously discussed the case here. Here is a transcript of the oral argument. And here is a recap from Lyle Denniston. He concludes by building on a comment from Justice Kagan: Justice Kagan tried to sum up: Isn’t the question here, she said, whether public meeting prayers with references to Jesus Christ “will be allowed in a public...

A Supreme Court DIG, and a Lesson About Appellate Jurisdiction

What went wrong? And what can we learn from it about appellate jurisdiction? An Important Question The case had all the hallmarks of a classic Supreme Court case. The question presented was important. It asked whether when a state or local government employee alleges that his employer has discriminated against him because of his age, the Age Discrimination in Employment Act ("ADEA") provides his exclusive remedy, or whether he may also bring a claim under 42 U.S.C. 1983 because the discrimination violates the Constitution's Equal-Protection Clause. The question had divided the lower courts. The Seventh Circuit acknowledged that its holding -- that the ADEA does not prevent the employee from bringing a Section 1983 claim -- created a deep circuit split. And it had far-reaching implications. It could literally impact every state and local government. What Went Wrong? So why would the Court, after granting cert. and hearing oral argument, suddenly change its mind and toss the case?
Read More

The Supreme Court and Local Governments

(1) Next Term Over at Cities Speak, Lisa Soronen of the State and Local Legal Center outlines upcoming Supreme Court cases that could affect local governments: And Wednesday, Irene Zurko discussed the case of Sprint Communications v. Jacobs. For a full preview, register to hear from Tom Hungar, Kannon Shanmugam, and David Savage on October 22nd here. (2) More on Town of Greece SCOTUSblog has some interesting commentary on Town of Greece, a case that we previously addressed here. Eric Rassbach says that those challenging the Town's prayer practice have reached a "'Hail Mary'" moment" where "facing imminent disaster" they "stake[e] everything on one desperate, final gambit:"
Read More

Posted 25 Sep 2013 in IMLA Briefs
Share
When is it appropriate for a federal court to decide a case that is pending in state court?

On the Supreme Court’s docket is a case that addresses this very issue, giving the Court the chance to once again ponder the limits of the Younger abstention doctrine. That case, on appeal from the Eighth Circuit, is Sprint Communs. Co., L.P. v. Jacobs, Case No. 12-815. At issue is whether Younger abstention applies only when the underlying state proceeding is “coercive” or whether it is sometimes appropriate for federal courts to abstain from hearing cases that are “remedial” in nature.  Many cases dealing with Younger abstention have turned on that distinction. But the difference between “coercive” and “remedial” proceedings, and the way courts classify cases as one or the other, is anything but clear-cut.  Indeed, the distinction could turn on whether the government or a private party initiated the action, as “coercive” proceedings are typically described as those that are criminal or quasi-criminal in nature.
Read More 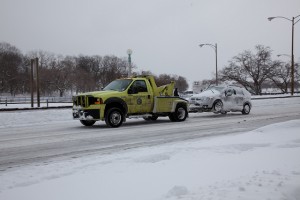 Federal preemption provisions must be read sensibly[/caption] [This is the second in a series of posts reviewing unheralded but noteworthy decisions for State and local governments from the Supreme Court’s last term. See Koontz here.] State and local-government attorneys often battle federal preemption—including against broad readings that strain common sense. The case of Dan’s City Uses Cars, Inc., v . Pelkey reminds you why it’s worth it. It’s the story of Robert Pelkey.
Read More 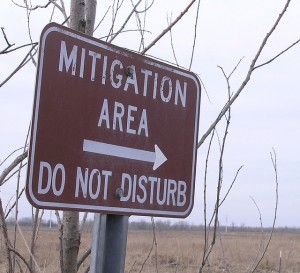 If you condition a land-use permit on mitigation or other responsibilities, you may have to defend the condition under Koontz.[/caption] With the Supreme Court recently concluding its 2012 term, now is a good time to look back. You have likely heard plenty about the Court’s high-profile holdings, including that: But it’s often the decisions that slip by quietly that impact you most. We’ll be publishing a series of posts about decisions that didn’t get a lot of press, but that are worth revisiting.
Read More

Posted 19 Aug 2013 in Roundup
Share
Some fun items about the Supreme Court. (1) The Supreme Court’s Best Writer Legal-writing guru Ross Guberman recently guest blogged at the Volokh Conspiracy. He’s the author of Point Made, which dissects appellate briefs from leading attorneys. He turned his attention to the Supreme Court’s best writers. Here’s his case for Chief Justice Roberts. And here’s his case for Justice Kagan. They’re both great picks.
Read More
Our Website Uses Cookies
We are always looking to improve your experience. We use anonymous data provided by cookies to do so. By continuing to use this website you agree to the use of these technologies.
AcceptCookie Settings
View Our Privacy Policy
Privacy & Cookies Policy