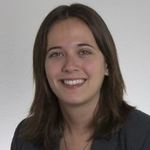 Charles W. Thompson, Jr. is currently on the staff of IMLA serving as Of Counsel.  Before assuming this role, Mr. Thompson served for fifteen years as the Executive Director and General Counsel of the International Municipal Lawyers Association. Prior to IMLA, Mr. Thompson served as County Attorney for Montgomery County, Maryland from 1995 to 2006. For the previous 17 years, Mr. Thompson served as County Attorney for Carroll County, Maryland. Mr. Thompson received a bachelor’s degree in history from Virginia Military Institute and earned his Juris Doctor from the University of Baltimore School of Law. For over twenty years through 2021, Mr. Thompson served as an adjunct professor at the George Washington University, National Law Center, teaching State and Local Government Law. Mr. Thompson is admitted to practice in Maryland, the U.S. District Court for Maryland, the Fourth Circuit Court of Appeals, and the U.S. Supreme Court. Mr. Thompson was awarded the ABA, Section of State and Local Government Law Jefferson Fordham Advocacy Award in 2011 and its Daniel Curtin Lifetime Achievement Award in 2021 and in 2021 he was recognized by IMLA with its highest honor, the Charles S. Rhyne Award.

Erich Eiselt is IMLA’s Assistant General Counsel and comes to his position with more than 20 years of experience managing attorney teams and advising both large and entrepreneurial entities on a wide spectrum of legal and financial matters. He heads IMLA’s Affirmative Litigation Group, which serves as a clearinghouse and focal point for IMLA members as they confront a range of injuries to their communities, from public nuisance to consumer fraud, false claims, environmental threats, pharmaceutical antitrust and beyond.  Since 2017 he has closely followed the national opioid litigation, updating members on breaking developments as more than $30 billion in compensation begins to reach local governments. He has brought to the Group domain experts on a wide spectrum of subjects and has made presentations to various state legal associations, the National League of Cities, and others on various affirmative litigation issues.

Erich serves as editor of IMLA’s flagship publication, Municipal Lawyer, and has written features on a range of topics affecting local government including public nuisance, sanctuary cities, PFAS, fracking, short term rentals, music licensing, drones, legislative prayer, public duty, online travel companies, and others. He is an active participant in IMLA’s amicus activities, having recently contributed to amicus briefs in Davis v. Caddo Parish (a Fifth Circuit Title VII case resolved in favor of the Parish) and Knight v. City of Nashville (a Sixth Circuit takings claim challenging the City’s sidewalk ordinance, now awaiting an opinion) and is currently authoring IMLA’s amicus brief in Columbus Monument Corporation v. City of Syracuse, a government speech case in which the lower court refused to allow the City’s removal of a Columbus statue. He was the attorney of record in IMLA’s petition-stage Supreme Court amicus brief in Comptroller of Maryland v. Wynne.

Erich is a member of the New York bar and is admitted to practice before the Sixth Circuit and the Supreme Court.  He began his career with a midtown New York firm and six years later moved to assume the Chief Legal Officer role at a New York based international information company. He has headed various venture-funded entrepreneurial companies and serves as Board Chair of Jubilee Jobs, Inc. a Washington DC nonprofit that has placed more than 27,000 people in entry-level employment since 1983.  He is a graduate of the University of Virginia School of Law, where he served on the Editorial Board of the Virginia Journal of International Law.

Deanna Shahnami is IMLA’s Associate Counsel, where she oversees the firm’s distance learning programming as well as participating in IMLA’s amicus activities and contributing legal analyses to Municipal Lawyer and eNews. Deanna heads IMLA’s Diversity, Equity, and Inclusion Group, providing resources, updates, and monthly discussions on DEI issues and programs. Deanna was the 2021 first place winner of ISBA’s Lincoln Award Legal Writing Contest for her article, “Liberties and Lockdowns: Illinois COVID-19 Restrictions and First Amendment Rights.” Prior to joining IMLA, Deanna worked in the office of counsel for a telecommunications consulting firm. She received a bachelor’s degree in journalism from the University of Florida and earned her Juris Doctor from DePaul University College of Law. Deanna is admitted to practice in Florida and Illinois.

Trina Shropshire-Paschal has been a member of the IMLA team since 1986 and serves as the Director for Event Information and CLE Accreditation.  She serves as head of the IMLA Events Department and manages the administrative processing for IMLA’s Accreditation Status as an Approved (M)CLE Provider.  She oversees the CLE and CPD filings with all state bars and law societies for live and distance learning events for the organization and the event attendees. Trina was assistant to IMLA’s founder Charles S. Rhyne and served as the membership department liaison where she implemented the membership billing coding system.  Prior to joining IMLA, Trina was employed by a 501 (c)(3) non-profit organization where she managed confidential reports, payroll and a myriad of duties. Trina resides in the District of Columbia with her husband.

Jennifer (Jenny) Ruhe is the Director of Administration for the International Municipal Lawyers Association. Jenny has been with the organization since 2013. She attended the University of Richmond and got her undergrad in Business Administration. During her time at Richmond, she played on the Spiders Division I soccer team and was a captain her senior year. After graduating in 2010, Jenny attended the College of Charleston and got her Masters in Business Administration with a concentration in marketing. Jenny now lives in Frederick with her dog Bella. 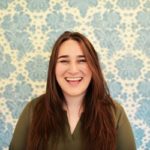 Caroline Storer is the Marketing Director at the International Municipal Lawyers Association. She oversees member outreach and marketing; managing IMLA’s website, social media accounts and design assets. She also manages IMLA’s virtual learning platforms during IMLA’s distance learning program throughout the year in addition to fully training all speakers. Prior to joining IMLA she attended Florida Southern College and got her degree in Advertising and Public Relations and Interpersonal and Organizational Communications. After graduating in 2017 she went on to complete a media internship at an American study abroad college in Grantham, England. Caroline has been with IMLA since 2018 and now lives in Rockville, MD with her cat, Harper. 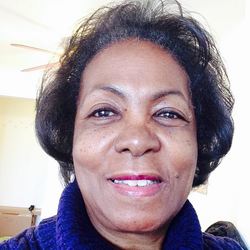 Carolina Moore joined IMLA in 2017 to provide administrative support to the membership department, working along with the Director of Administration to maintain the direction and flow of IMLA Member dues. Previously Carolina has worked for some of the larger law firms in Washington, DC in the litigation area.  Originally from Georgia, Carolina holds an Associate Degree in Business from Trinity University in Washington, DC.  Carolina resides in Silver Spring, Maryland.