Since 1976, every United States President has officially recognized and designated February as Black History Month.  As our society and legal profession have become increasingly aware of historic inequities that still impact people of color and in particular—Black Americans and Canadians—IMLA is committed to providing our members resources that highlight those inequities through our Diversity and Inclusion Section. 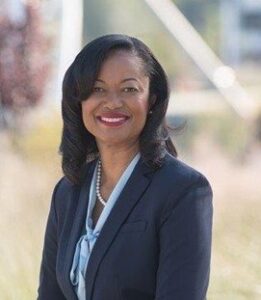 She is an active member of the Tallahassee Women Lawyers and the Tallahassee Bar Association.  In 2015, Mrs. Jackson joined a unique group of Florida attorneys when she became a Florida Bar Board Certified Specialist in City, County, and Local Government Law.  Members of this Board represent less than 1% of all licensed attorneys in Florida.  Among other honors, Mrs. Jackson was the 1993 recipient of the Florida Association of County Attorneys President’s Award.  Mrs. Jackson received Bachelor and Juris Doctorate degrees with high honors from Stetson University.

Kristen Coons McRae, Assistant City Attorney, City of Tallahassee nominated Cassandra.  Kristen wrote, “Her broad experience provides her excellent perspectives in her role as City Attorney – and no one in the office complains when she brings in homemade pound cake – she is a true asset to the City!” 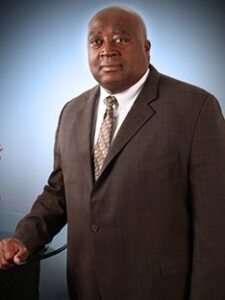 Art serves as General Counsel representing cities, counties, special districts, other local governmental entities and public officials across the State of Texas in areas of litigation and special projects. He also serves as advisor to governmental clients in a variety of subject matter areas including annexation, zoning and land use regulation, subdivision regulation, economic development, employment, home-rule charters, utility franchising, land acquisition and eminent domain, building and construction regulations, and municipal incorporation. He provides legal advice to city councils, staff, and board and commission members on all areas of municipal law. He also negotiates and drafts development agreements, contracts, resolutions, releases, and ordinances.

Art earned his law degree at the University of Texas School of Law in 1986, and has devoted more than three decades of his legal career to the practice of public and municipal law, focusing on representing local government entities. 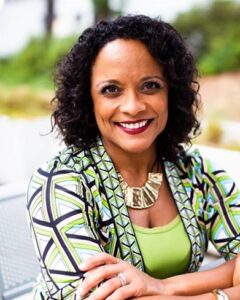 Kim is the first African American woman to lead the Durham City Attorney’s Office.  Rehberg served as a senior assistant city attorney for the City and has nearly 20 years of experience in legal issues for local governments, including 14 years with our City Attorney’s Office. [1]  Prior to joining our City Attorney’s Office, Rehberg was an assistant professor of Public Law and Government at the School of Government with the University of North Carolina at Chapel Hill; an assistant county attorney for the Office of the County Attorney with the County of Durham; and assistant general counsel to the North Carolina Association of County Commissioners.[2]  Rehberg received her Juris Doctor from the Duke University School of Law as well as a Bachelor of Arts in Psychology from the University of North Carolina at Chapel Hill.[3]

Sofia Hernandez, Senior Assistant City Attorney of Durham, nominated Kim.  Hernandez added, “[Kim] has a clear commitment to public service and engaging others, especially law students, to learn more about the public sector practice.  Her commitment to our community serves as an example to us all.  Rotary, chamber of commerce, NC Bar Association judicial review committee, voter rights issues.” 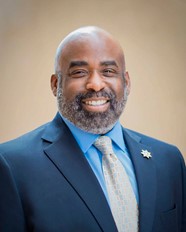 Scott is the past Chairman of the State Bar of Nevada’s Diversity Committee and served on the Nevada Supreme Court’s Bench-Bar Committee for three years. He has won a number of awards and accolades for his community service work. Scott sits on the Board of the Justice Michael L. Douglas Pre-Law Fellowship Program which seeks to introduce students from underrepresented communities to the rigors of law school and the benefits of having a legal education. In May 2019, he was awarded the James M. Bartley Distinguished Public Lawyer Award by the Public Lawyers Section of the State Bar of Nevada. Additionally in 2019 he was named as the Trailblazer of the Year by the Nevada Association of Real Estate Brokers. In September 2018, he was recognized by the Las Vegas Chapter of the National Bar Association as The Attorney of the Year and by the Asian American Advocacy Clinic as an “Unsung Hero”. Scott was honored by the Las Vegas Chapter of the National Bar Association in 2019 by the establishment of the Bryan K. Scott Book Scholarship. He was the Keynote Speaker and awarded the Educational Pioneer Award by the University of Nevada, Las Vegas’ Center for Academic Enrichment and Outreach in 2017. He has been recognized as a “Legal Elite: Nevada’s Top Attorneys (Government) by Nevada Business Magazine in 2012, 2015, 2016 and 2017. Scott was honored by the Las Vegas Chapter of the National Bar Association during its 2006 annual Scholarship Gala.  In 2005, he received the Martin P. Dowling Volunteer of the Year award from the Clark County Bar Association and the Clark County Bar Association’s Circle of Support Award in 2002. 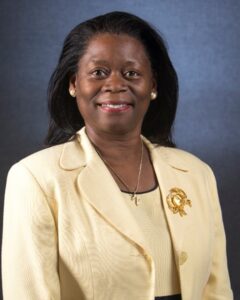 Most recently, Ms. Theobalds was recognized as a “Top Performer of the Year” for the Charles County Government based on her leadership in organizing a team of lawyers and legal professionals that remotely facilitated and closed business loans and grants for local businesses adversely impacted by the COVID-19 Pandemic.  Ms. Theobalds has served as an adjunct faculty at the University of Maryland University College and the College of Southern Maryland and has served various community organizations including the American Red Cross of Southern Maryland, Hospice of Charles County, the Annual High School Mock Trial Competition, the Alternative Dispute Resolution (ADR) Committee, the Port Tobacco Players and various local bar associations.