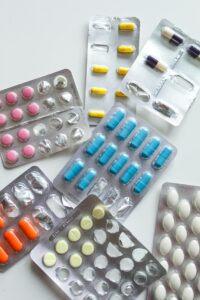 As discussed in IMLA’s Opioid Group calls, under the Plan, the Sackler family members were to receive complete releases from all civil liability–even though they did not personally file for bankruptcy–in exchange for contributing $4.5 billion to be distributed to creditors via various “abatement trusts.” But eight states and the US Attorney objected, arguing that the Sacklers had improperly moved  more than $10 billion out of the company to offshore accounts between 2008 and 2017, as internal emails showed they were increasingly concerned about personal liability after repeated Justice Department civil actions against Purdue and rising opioid deaths and addiction across the nation.  These nonconsenting entities argued that the releases were being forced without precedential or Constitutional foundation.

Judge McMahon found that Bankruptcy Judge Drain had overstepped his authority in permitting  the nonconsensual non-debtor releases, which have never been clearly allowed by the Second Circuit and are a subject of disagreement in the federal courts:

The great unsettled question in this case is whether the Bankruptcy Court – or any court – is statutorily authorized to grant such releases. This issue has split the federal Circuits for decades. While the Circuits that say no are united in their reasoning, the Circuits that say yes offer various justifications for their conclusions. And – crucially for this case – although the Second Circuit identified the question as open back in 2005, it has not yet had occasion to analyze the issue. Its only guidance to the lower courts, uttered in that 2005 opinion, is this: because statutory authority is questionable and such releases can be abused, they should be granted sparingly and only in “unique” cases. This will no longer do. Either statutory authority exists or it does not. There is no principled basis for acting on questionable authority in “rare” or “unique” cases, especially as the United States Supreme Court has recently held that there is no “rare case” rule in bankruptcy that allows a court to trump the Bankruptcy Code. See Czyzewski v. Jevic Holdings Corp., 137 S. Ct. 973, 986 (2017). Moreover, the lower courts desperately need a clear answer.

Acknowledging the consequences of her action, she wrote:

It is indeed unfortunate that this decision comes very late in a process that, from its earliest days in 2019, has proceeded on the assumption that releases of the sort contemplated in Section 10.7 of the Debtors’ Plan would be authorized . . . I also acknowledge that the invalidating of these releases will almost certainly lead to the undoing of a carefully crafted plan that would bring about many wonderful things, including especially the funding of desperately needed programs to counter opioid addiction.

Purdue has already announced that it will appeal.  In the meantime, localities that anticipated using Purdue Plan distributions for opioid abatement programs beginning early next year will have to wait.

Purdue’s response and links to a few articles follow: