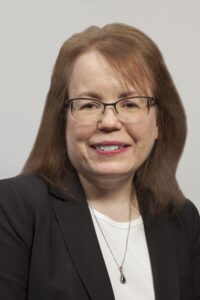 IMLA’s members recently confirmed the nomination of Barbara A. Adams of the Illinois Local Government Lawyers Association to be President of IMLA. Ms. Adams is currently with the Chicago area law firm of Donahue & Rose, P.C. and received an IMLA President’s gavel from outgoing President Tyrone Cooper at IMLA’s recent annual business meeting in Minneapolis, Minnesota.  In addition to serving as General Counsel to the Illinois Local Government Lawyers Association, Ms. Adams’ practice includes representing municipalities, counties, water commissions and other units of state and local government, both in Illinois and around the country. She counsels clients and litigates in a broad range of law pertaining to units of government, including public contracting and public finance, water law, zoning and land use, public pensions, construction law, public-private partnerships, telecommunications and cable television law, and intergovernmental cooperation agreements. Since 2007, she has been recognized annually as a Best Lawyer in America® in Governmental Relations Law and recently was named a Best Lawyer in America® in Municipal Law. She is also recognized by Illinois Super Lawyers. She is a member of Lambda Alpha International, an Honorary Society for the Advancement of Land Economics. Ms. Adams received her J.D. from Northwestern University School of Law and her B.A., cum laude, from Knox College in Galesburg, Illinois.

In response to Ms. Adams’ new position, her colleagues had many well wishes and congratulatory thoughts:

John Zimmermann, an Affiliate of Tressler LLP and IMLA Past President, said: “We have all been enriched by Barbara Adams’ skills and experience through her tireless efforts contributing to and in support of the IMLA both as a representative of its Members and a Director, in addition to her many years of participation on the Illinois Municipal League’s Home Rule Attorneys Committee, and her contributions to the Illinois Local Government Lawyers Association as its General Counsel. Barbara Adams’ election as President of the IMLA is very fitting and IMLA is most fortunate to have her at its helm.”

Paul L. Stephanides, Village Attorney of Oak Park, Illinois, added, “I have known Barbara Adams for many years, and no one could be more deserving of the honor of being named President of the International Municipal Lawyers Association.  Barb truly represents the very best of the lawyers practicing municipal law here in Illinois and we as a group are so proud of her accomplishment.  I am certain that Barb will provide strong and dedicated leadership of the organization throughout her term.  Congratulations to Barb!”

Chuck Thompson, IMLA’s Executive Director and General Counsel had similar high praise regarding Ms. Adams’ appointment: “Barb has been a member of our board and actively chairing many of our committees including our Program Planning Committee and serving as our Treasurer. Her leadership, analysis and insight have served IMLA and led directly to her being elected our President. Her attention to detail and dedication to advancing IMLA’s mission has made her a great choice for the presidency. We at IMLA are looking forward to Barb’s upcoming term, she will do great things.” 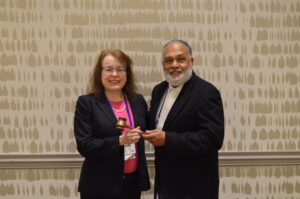