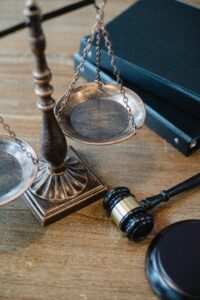 In Pakdel v. City & County of San Francisco, the Supreme Court held the Ninth Circuit erred when it required the petitioners who had alleged a regulatory taking to comply with the agency’s administrative procedures for seeking relief because it is a “settled rule” that “exhaustion of state remedies is not a prerequisite to an action under 42 U.S.C. § 1983.”  quoting Knick v. Township of Scott, 588 U.S. __ (2019) (emphasis in original).  In what could end up as a significant regulatory takings case, the Court issued its decision in per curiam fashion, summarily reversing the Ninth Circuit without oral argument or merits briefing.

The petitioners in this case had tenants living in their unit and sought the conversion under the City program and agreed to the lifetime lease.  After the City approved the conversion, the owners requested the City excuse them from their obligation to provide a lifetime lease or to compensate them for the lease.  When the City refused, they sued, claiming that the lifetime-lease constituted an unconstitutional regulatory taking.

The Ninth Circuit affirmed the district court’s dismissal of the claims, reasoning that the regulatory taking claim was unripe because such a claim may only be brought to challenge “final” government decisions.  Here, the Ninth Circuit concluded the agency’s decision was not final because the petitioners had sought a belated exemption waiting six months after they had obtained final approval for their conversion instead of providing the agency with the “opportunity to exercise its flexibility or discretion in reaching the decision.”

In a per curiam summary reversal, the Supreme Court held the Ninth Circuit’s finality rule was too stringent.  The Court noted the finality rule for regulatory takings cases “is relatively modest” and a plaintiff need only show that “there [is] no question … about how the regulations at issue apply to the particular land in question.”  In other words, “nothing more than de facto finality is necessary”, and here, the Court concluded there was no ambiguity as to the City’s position: the petitioners needed to “surrender[] possession of their property or fac[e] the wrath of the government.”

The Court indicated the Ninth Circuit’s approach would read an exhaustion of administrative remedies into §1983 claims, which was squarely rejected by Knick so long as the government has reached a “conclusive position.”  The Court did note under its prior decisions, if the government is still able to change its decision or clarify its position, then a failure to pursue administrative remedies may render the claim unripe. The difference here, according to the Court, is once the decision is final, no such administrative exhaustion requirement exists.