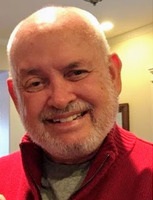 We are very saddened to report the passing of Henry Underhill, Jr., former IMLA President and Executive Director, on Sunday, October 18, 2020. Henry was the City Attorney for Charlotte, North Carolina from 1964 until 1994, and took over as Executive Director of IMLA in 1995, serving until 2007. During the time Henry was City Attorney for Charlotte, the city grew into a major metropolitan center, becoming the home to several Fortune 500 businesses and a major banking nucleus as well as the site of major sports franchises. Henry’s work as the chief legal officer for the city helped to make these advances possible. During Henry’s tenure at IMLA, he helped to save the organization from financial ruin and often postponed his own pay to ensure that staff was paid on time.

IMLA members will recall Henry’s many contributions in heading our organization, and his  humility, kindness and welcoming personality.  IMLA has lost a great leader and friend, and  we extend our deepest sympathies to Henry’s wife, MaryJo, and family.

In lieu of flowers, please send a donation in Henry’s memory to Food Lifeline or your local food bank.

Continuing to be updated…

I was very fortunate in my career to get to know Henry Underhill and to have his advice and counsel both before succeeding him as Executive Director and while a chief legal officer leading a large law department.  Those of us who have followed Henry in a position often discussed how difficult it was to follow someone in a job labelled “Saint Henry!”  Henry set standards for performance that are difficult to live up to and I’m not sure I’ve known a warmer person in my life.  To say that Henry saved IMLA is probably an understatement as he led the organization through some very difficult financial times.  I will miss his counsel and his good cheer.

I was deeply saddened to hear of Henry Underhill’s passing.  It was a great privilege for me to serve as Henry’s Deputy during his tenure as IMLA’s Executive Director and General Counsel.  Henry was a visionary leader whose contributions to the organization were many and varied, including the successful transition of its name from NIMLO to IMLA.  Henry was a man of great integrity whom I knew both professionally and personally for many years.  He took care to be kind and thoughtful to his staff and his colleagues. I am aware of the positive accomplishments he made for IMLA and celebrate him for it.  He will be missed.

I am so saddened to hear of Henry’s passing.  He was the Executive Director during much of my extensive involvement with IMLA, including my first years on its Board before we hired Chuck during my board tenure. He and I stayed regularly in touch with each other after his and my retirement through Facebook.  I particularly remember one evening having drinks with he, MaryJo, Bob Watson and his wife Caroline  and my wife, Marti at Niagara Falls.  Henry and I always tried to arrangement a get together at the Annual Meeting.  He was a great guy and leader.  I will miss him very much.

I remember Henry from one of the more recent annual conventions where I ran into him.  He introduced himself as a former Director in the most humble of ways assuming that folks did not know who he was.  I explained that I had been coming to conventions since 1992 and not only knew who he was but was extremely appreciative of his leadership.  I don’t think he really understood that he was nationally famous with a superb national reputation.

I was truly saddened to hear of Henry’s passing.  As a former member of the IMLA legal staff, I had the pleasure of working for Henry for four of the six years that I was there.  Not only was Henry just an amazing person to work for, he was genuinely a kind and wonderful person to get to know.  He cared deeply about the IMLA staff and the organization.  He was also always willing to listen to suggestions and consider new ideas to grow the IMLA membership and enhance the value of services offered to its members.  In fact, it was under Henry’s leadership that NIMLO transitioned to IMLA.  Those of us who were part of his office family also got to know the members of Henry’s home family, beginning with his wife, MaryJo, and his children, Laura and Henry, Jr., to whom I send my most sincere condolences.

Young lawyers need mentors, and Henry was one of mine.  From the first time I showed up at an Annual Conference — Milwaukee, 1983, my second year as a lawyer — Henry took the time to make me feel welcome, and to discuss any aspect of municipal law that we identified as timely and interesting.  Both as a senior statesman of North Carolina when he was finishing his years as City Attorney of Charlotte, and when he was IMLA’s Executive Director, he was a southern gentleman, a lawyer’s lawyer,  a first rate administrator, and a gracious host.  I count myself lucky to have known him as I was finding my way in the field of American municipal law.

Please express my condolences to the Underhill and IMLA family on Henry’s passing. Henry was an amazing leader to work for and as my career has unfolded I try to recall the empathy, compassion, and vision with which he led his team. I was privileged to have worked for Henry at a time when I was still exploring career paths – he helped me learn about our industry, understand the skills needed to succeed and supported my growth. As I now return to international associations I do so recalling the lessons I learned from Henry. His loss will be felt throughout the community, however his impact will stay with us every day.

Henry Underhill was a class act. I got to know him as IMLA’s Executive Director while we were planning the 2005 Annual Conference in Savannah. He and Veronica were always there to help the Host Committee and, as a North Carolinian I believe he loved making several trips to Georgia to plan the event. He and Mary became good friends and I know he will be missed. My condolences to the family.

Sad to hear.  Terrific guy.  I was active in NIMLO for many years and then lost touch with the organization when my practice changed course.   After I reconnected with local government clients, Henry brought me back into the fold.