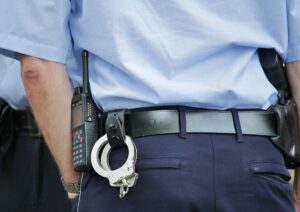 As lawyers, the ABA model rules of professional conduct tell us that we “should seek improvement of the law, access to the legal system, the administration of justice and the quality of service rendered by the legal profession.” [i]  Further, as lawyers we are instructed to

further the public’s understanding of and confidence in the rule of law and the justice system because legal institutions in a constitutional democracy depend on popular participation and support to maintain their authority. A lawyer should be mindful of deficiencies in the administration of justice …. [ii]

In this same vein, IMLA’s founder, Charles Rhyne, created Law Day, a national holiday to recognize the rule of law.  It was no coincidence that May 1st was chosen, as it was this day when authoritarian governments like Russia celebrated their military might with parades and use of force.  President Eisenhower issued a presidential proclamation on May 1, 1958, that “guaranteed fundamental rights of individuals under the law is the heart and sinew of our Nation.” [iii]  In a 1958 publication, Mr. Rhyne explained the importance of Law Day and why he created it, stating in part:

Let us pledge each other, here and now, to rededicate ourselves to our most solemn responsibility, the responsibility of preserving and passing on to the generations which will follow us as citizens of the United States of America the heritage of individual human freedom and equal justice under the law which has been ours and rightfully must be theirs…Such a rededication and such a pledge must be the meaning to the legal profession of “Law Day – U.S.A.” [iv]

Let me start by stating the obvious.  We know better than most, that the vast majority of police officers are people who are not only law abiding, but entered their profession with the desire to help their communities and selflessly are willing to put their lives on the line to do so.  That said, Mr. Rhyne’s words come into stark focus as we think about how far short of “equal justice under the law” we are coming in some areas, particularly with regard to racism and how people of color are treated in our justice system, beginning with the police and ending with mass incarceration.

As we watch pain boil over after centuries of racism in this country and as we watch that pain and anger channeled into condemnation of excessive force by police officers and frustration over police / community relations, as community leaders, we all need to consider what we can do to be a part of the solution to achieve equal justice under the law.  George Floyd’s death was a horrible tragedy for so many reasons: the police officer who put his knee on his neck for more than 8 minutes, slowly and callously extinguishing his life; the other officers standing idly by watching the events unfold without upholding their sworn duty to serve and protect; the knowledge that without cell phone videos and modern technology, this act would have likely gone unpunished; and the knowledge that deaths like this have been happening in this country for hundreds of years.  As cities are literally and figuratively burning around this country, it is past time that, as Mr. Rhyne said more than 60 years ago, we, as local government attorneys and leaders in our communities, “rededicate ourselves to our most solemn responsibility” to bring all members of our communities “equal justice under the law.”

…. the remainder of this article will be published in the upcoming Municipal Lawyer magazine.