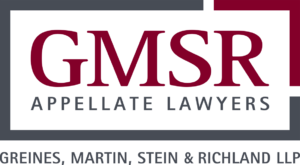 For more than 35 years, GMSR has been a leader in representing public entities and their employees in the appellate courts, including winning seven cases in the United States Supreme Court.

GMSR is the firm that our government leaders are turning to for advice on sensitive legal issues surrounding public health and safety.

A Full Range of Expertise

Having represented public entities in over 300 appellate matters, GMSR’s lawyers combine a profound knowledge of the appellate courts with a broad and deep understanding of the special issues that confront state and local governments.  As a result, GMSR attorneys are uniquely able to craft arguments that strongly articulate the public interest underlying government action – a key reason for their success on appeal. 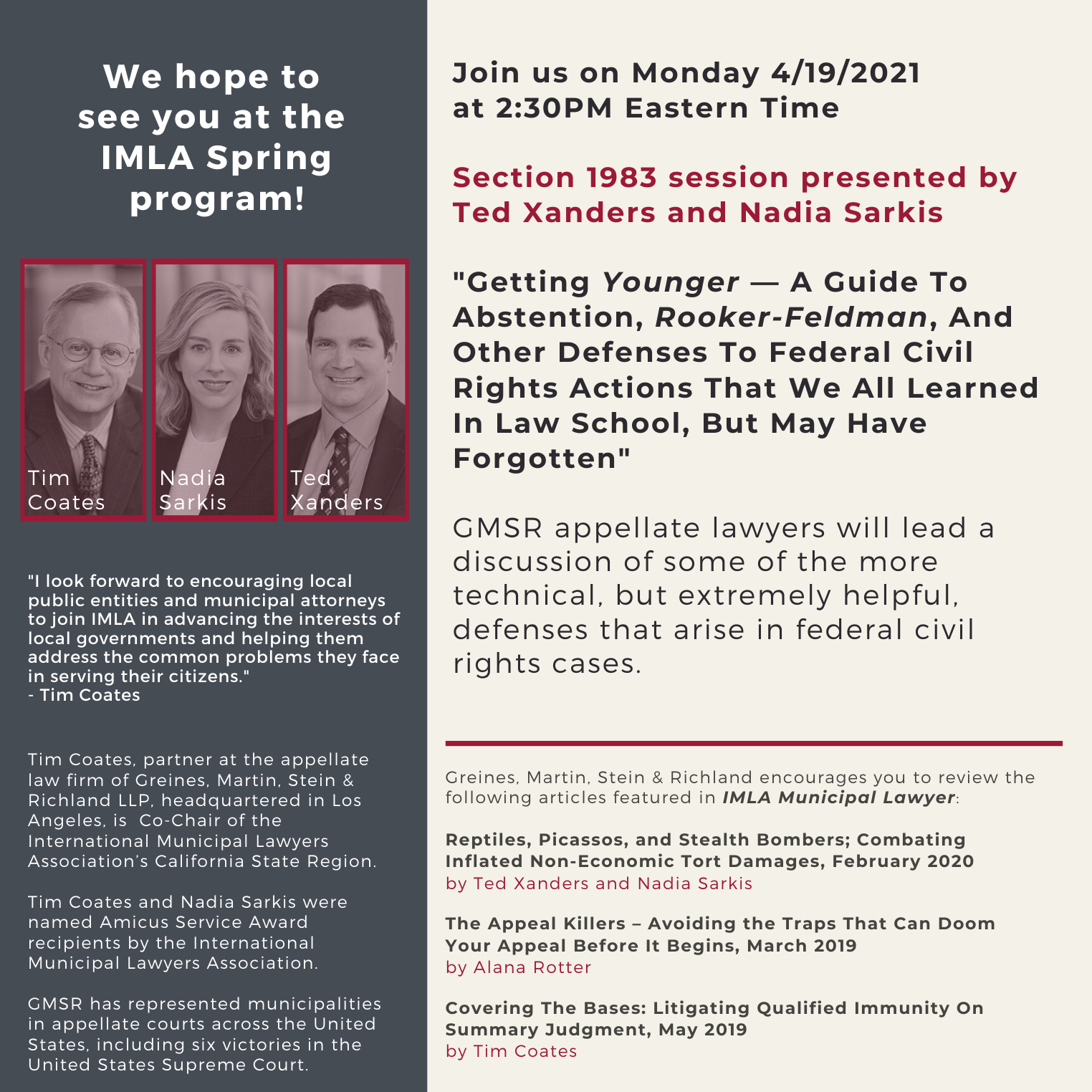 What We Do: Winning on Appeal